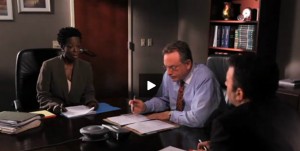 Were you aware most business owners are personally liable for their company’s retirement plans? Sit and watch this three minute eye-opening conference call conversation. (Click link below)

In what could be a watershed decision, the 7th Circuit U.S. Court of Appeals reversed a lower court decision denying plaintiffs in the Abbott v. Lockheed Martin case class action status. The plaintiffs, who were represented by Jerome Schlichter, were able to win class action status by splitting the classes into those that invested in the same funds, overcoming the 7th Circuit’s Spano decision. At issue was their contention that offering only a short-term stable value fund which failed to beat its benchmark, barely edging out the inflation rate, “amounted to imprudent management and violated Lockheed’s duty to manage the Plan ‘with care, skill, prudence, and diligence under the circumstances,’” the court noted in remanding the case back to the lower court for further proceedings.

The decision, according to FRA PlanTool’s Thomas Clark, is “wind in the sails of potential class action suits over underperforming funds.” Not only are there similar cases awaiting in the 7th Circuit, but cases in other circuits might move forward as well. Just as with the Tussey and Tibble cases, the Abbott decision promises to change the ERISA litigation landscape for fiduciaries who need to better understand their duties to prudently select funds, especially when it comes to capital preservation funds like stable value that, along with TDFs, are expected to become more popular with DC participants and plans.

(a) Any person who is a fiduciary with respect to a plan who breaches any of the responsibilities, obligations, or duties imposed upon fiduciaries by this subchapter shall be personally liable to make good to such plan any losses to the plan resulting from each such breach, and to restore to such plan any profits of such fiduciary which have been made through use of assets of the plan by the fiduciary, and shall be subject to such other equitable or remedial relief as the court may deem appropriate, including removal of such fiduciary. A fiduciary may also be removed for a violation of section 1111 of this title.

“A checklist of 401(k) fiduciary responsibilities” By Chris Carosa